BJP MP Sakshi Maharaj had to apologize for calling Nathuram Godse a “nationalist”. He was merely mentioning the other aspect of Godse’s personality, not his act of murder of Gandhiji, yet he was painted as a villain. While mainstream politicians should indeed keep away from issuing statements that can send confusing and dangerous signals, we need an objective debate around Godse after this incident. Let it be clear that under no circumstances one can justify the act of Godse, where he fired bullets at Mahatma Gandhi and killed him. You just can NOT kill someone unarmed and non-combative for his beliefs.

Nathuram Godse did that, and this act can’t be glorified. However, if someone glorifies this act, should we assume that the person glorifying such act is a religious bigot with a violent streak? Should a person glorifying Nathuram Godse be deemed as anti-social and the society should look down upon him? If any liberal person in India is asked this question with respect to Godse, the answer would invariably be “Yes”. But do we, the Indian society, especially the liberal Indian society, really look down upon people who glorify murderers killing non-combative people for their beliefs?

The following tweet caught our attention: For those who didn’t get it, the tweet refers to Dr. Allama Iqbal, the famous Urdu poet who wrote “saare jahaan se achchha”. Iqbal is well respected and celebrated among Indian liberal and secular circles. Rajpal was a publisher who had published a book titled “Rangeela Rasool” which was deemed blasphemous by Muslims. Please note that Rajpal was not the writer, but the publisher; yet he was killed because Ilm-ud-din didn’t agree with the beliefs contained in the book.

Rajpal was unarmed and in non-combative position, just like Mahatma Gandhi, when he was killed. Ilm-ud-din was awarded capital punishment by the British rulers in those days, just like Nathuram Godse was awarded the same punishment in Independent India. But Allama Iqbal, and some other Muslim intellectuals of those times opposed this punishment. They were not even asking for mercy, but they claimed that what Ilm-ud-din did, a cold-blooded murder, was not a crime at all! In fact, Iqbal glorified this act of cold-blooded murder. 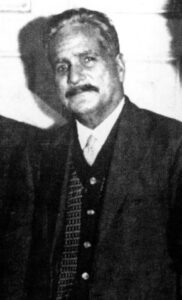 He, along with many other Muslim leaders and intellectuals of those days, attended the funeral of Ilm-ud-din, declaring him a great warrior and a martyr. It is like someone calling Nathuram Godse a warrior and martyr.

Shameful, isn’t it? But how does the Indian history and Indian liberal society view Iqbal? Do our history books paint Iqbal as a religious bigot? Forget painting his entire personality as that of a religious bigot, which would be unfair, does our history condemn Iqbal for this particular act where he glorified murdering an unarmed non-combative person for his assumed beliefs? Obviously not! Iqbal is a very tall figure and this act hardly tarnishes his image in the eyes of Indian liberals. 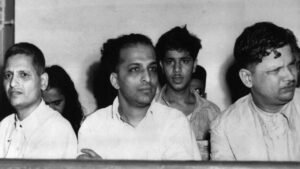 OpIndia.com believes that while Nathuram Godse’s act of murder can never be justified, there is no harm in discussing his beliefs, which is about ideal Hindu response to aggression by other faiths. Just like the entire persona of Iqbal can’t be dishonoured for his views towards Ilm-ud-din, an entire persona of those asking for an objective debate on Godse can’t be sullied and shamed either. A person can have controversial views on some aspects. You can’t dismiss his entire character based on that one. And the same rule applies to people holding controversial views about Nathuram Godse.

One thought on “Allama Iqbal Said What kinds of people glorify someone like Nathuram Godse ?”